1. Trsat Castle and the Church of Our Lady

Trsat Castle (Gradina Trsat) and the Church of Our Lady of Trsat (Gospa Trsat) sit high upon a hill overlooking Rijeka. The most interesting way to reach these tourist attractions is from the city center by way of a lovely pilgrimage path leading from Titov Trg at the River Rjecina, up the Petar Kruzic Stairway, and along a pleasant pathway to Frankopanski Trg (the castle is just a short walk past the church), but it's also possible to take public transport. Long a pilgrimage site attracting large numbers of followers over the years, the Church of Our Lady of Trsat is famous for its "miraculous" icon of Mary, believed to have been painted by St. Luke. The 13th-century Trsat Castle, built on the site of an old Roman fort and much altered since, is notable for its fine views and its courtyard

Rijeka Cathedral - also known as Saint Vitus Cathedral (Katedrala Sv Vida) and formerly the Church of St. Vitus - is a Baroque structure, based on a unique round floor plan, in the heart of old Rijeka. The original structure, started by Giacomo Briano, a well-known Jesuit architect in 1638, was built on top of an even older structure and took more than 100 years to finish, finally reaching completion in 1744. Highlights include a large 13th-century crucifix which, according to legend, started to bleed after a disgruntled local threw a rock at it, along with a number of fine Baroque altars.

3. The Governor's Palace and Maritime and Historical Museum

Once the residence of the Hungarian governor, the Governor's Palace (Guvernerova Palača) now houses the Maritime and Historical Museum of Coastal Croatia (Povijesni I Pomorski Muzej). This splendid old neo-Renaissance building, designed by Alajos Hauszmann, an architect from Budapest, was built in the late 1800s and is itself worthy of a visit for its well-preserved grandeur. Highlights of this historic museum include an interesting display of model ships along with a range of nautical equipment escape room. Also of interest is a selection of archaeological finds from prehistoric times to the Middle Ages, as well as an ethnographic collection and furniture displays. The museum was established in 1876 but has been housed in the Governor's Palace since 1955.

4. Capuchin Church of Our Lady of Lourdes

Built in the early 1900s to mark the 50th anniversary of the miracle of Lourdes, the Capuchin Church of Our Lady of Lourdes (Kapucinska Crkva) is one of Rijeka's most recognizable attractions and so picture-perfect, it's frequently used on postcards and promotional material. Designed by Budinic, this splendid old church was nearly never completed after the project ran into financial problems and was stalled for years. Thanks to generous townsfolk and parishioners, however, donations poured in to complete it, the result being a beautiful neo-Gothic structure with a splendidly ornate façade, and an interior rich in detail with frescoes by Romulo Venucci, a local Croatian artist.

Part of the historically important pilgrimage path to the Church of Our Lady of Trsat (Gospa Trsatske), the Petar Druzic Stairway in Rijeka is a must-see when walking the old city's many pleasant lanes and alleys. Part of the lower portion of the stairway leading from Krizaniceva ulica was built by Captain Petar Kružić of Klis in the 16th century, with the remainder of the stairs added later. Today, the stairway consists of 538 steps in total leading up through the Rječina Gorge, a steep and sometimes difficult climb, but one that's well worth the effort. Along the way are a number of quaint, small chapels dedicated to various saints and used as resting areas for participants of the pilgrimage. Hot Tip: An easy alternative to the stairs are regular public buses that stop at the church.

Built into and alongside the surrounding buildings, the City Tower (Gradski Toranj) was originally part of one of the main gates leading into Rijeka that was famous for having survived the great earthquake of 1750 relatively intact. The tower was erected on top of the old gate soon after, with the clock added during the late 18th century, and the final flourish, its dome, added in 1890 when the tower underwent reconstruction. Adorned with numerous old coats of arms, it's well worth seeing as part of a city walking tour that should also include the lovely 19th-century Town Hall. 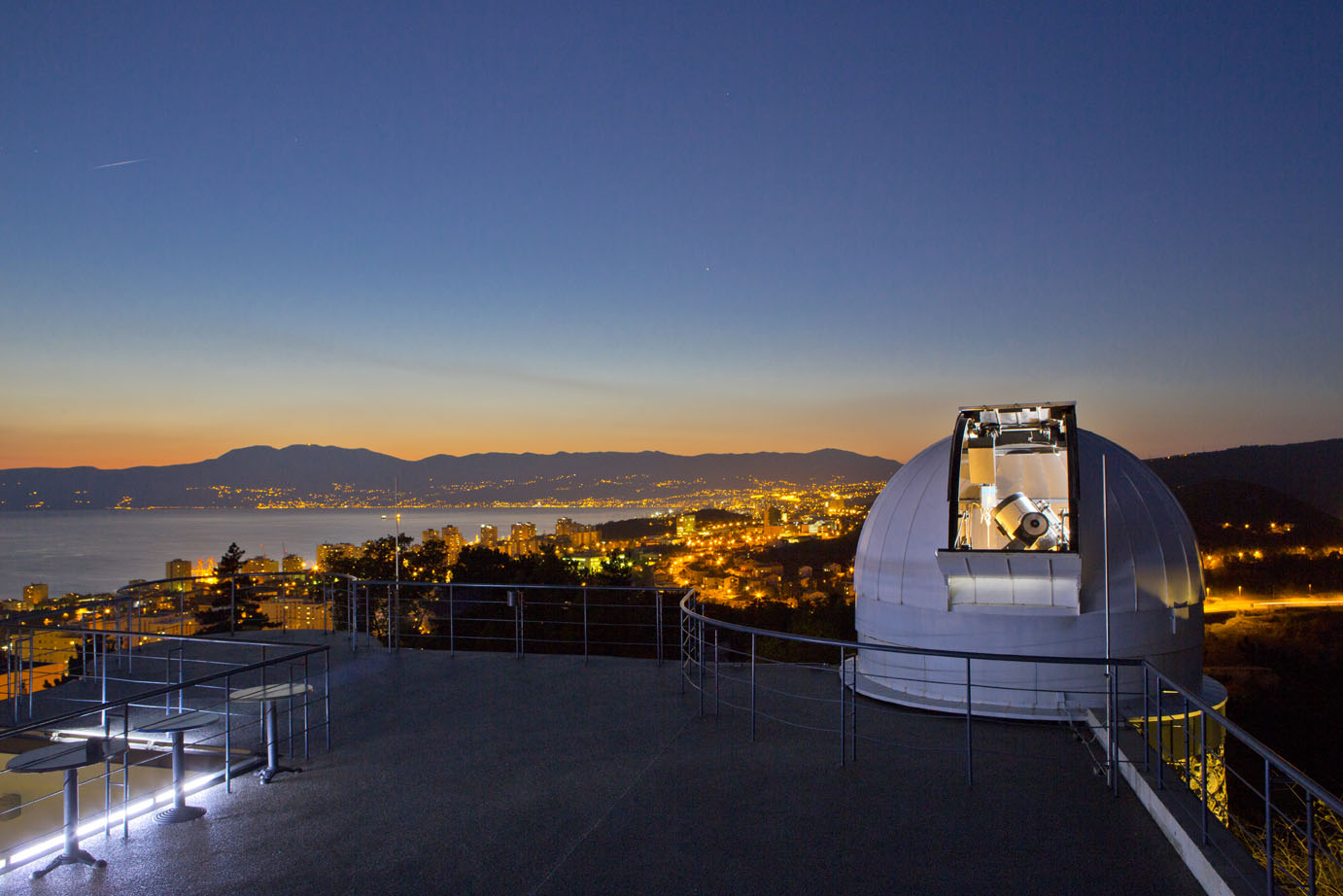 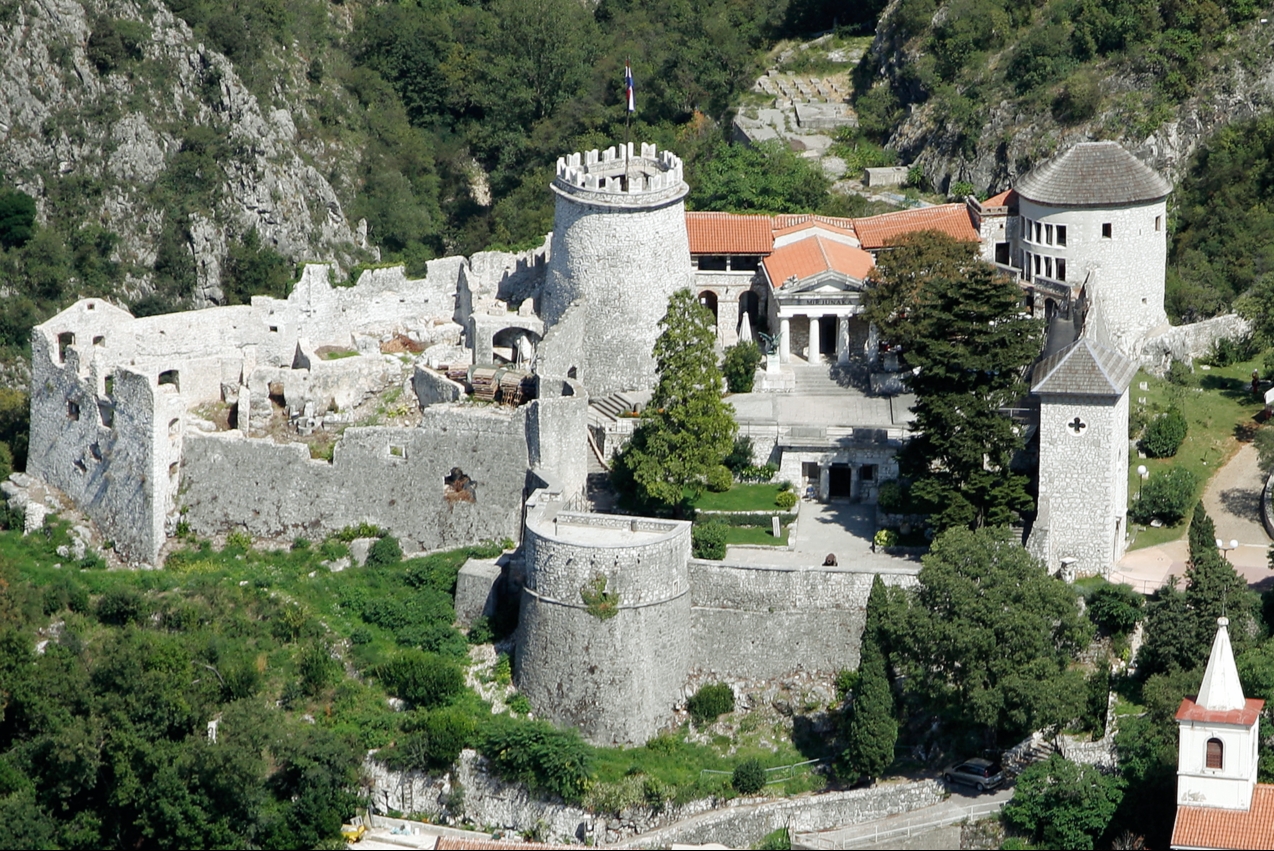 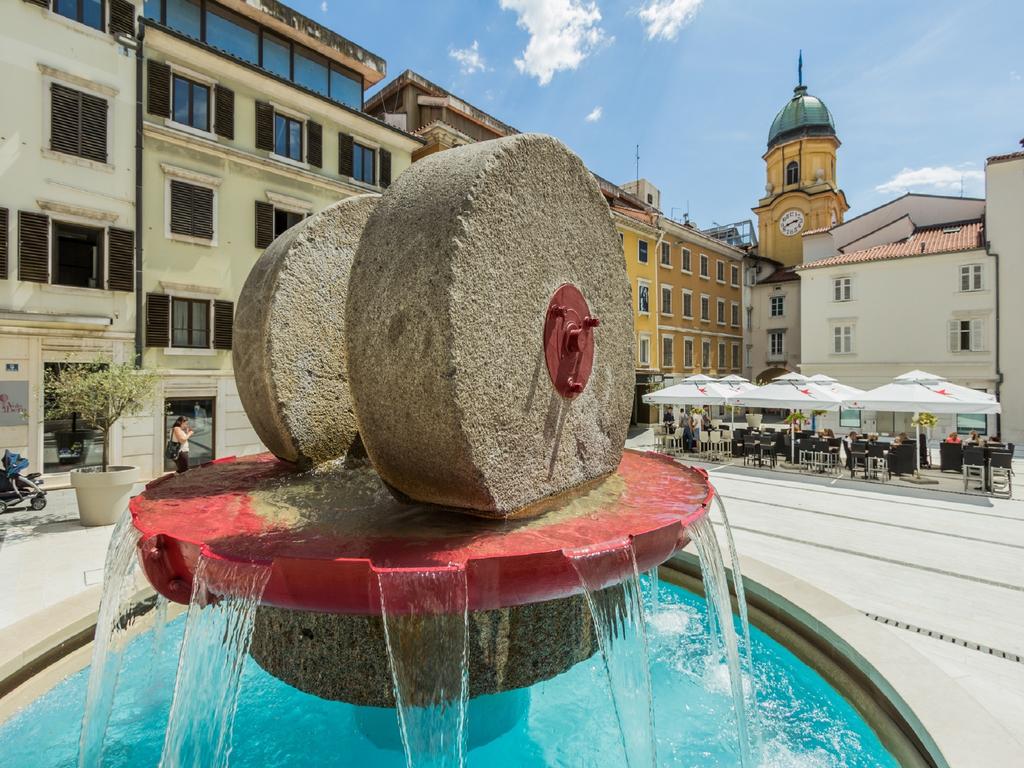